Will the gas stove in your kitchen make you sick? Will it cause asthma in your kids?

Those questions came to the fore again this week as federal officials clarified that they are not planning to ban natural-gas fueled ranges, ovens or cooktops — unlike in Los Angeles, where the City Council last year laid down such a ban on new gas appliances, including kitchen equipment.

Although scientific studies show that natural gas stoves emit high levels of nitrogen oxides and other health-damaging pollutants, the relationship between those pollutants and human health remains unclear.

More on the science in a moment. But here’s the bottom line: If you use a gas stove, make sure your kitchen is well ventilated, ideally with a range hood that pumps air outside, and if that’s not possible, use a HEPA air filter. And make sure you use them when you’re cooking. They can be noisy, and people who own them often don’t turn them on.

Should you get rid of your gas stove? Emily Oster, an economist and data specialist at Brown University, has analyzed the research on the matter and offers this advice:

“If you have a gas stove do you need to replace it tomorrow? No, unless you have some significant respiratory issue,” said Oster, who also works with the National Bureau of Economic Research and writes about pregnancy and parent data at parentdata.org. If you’re buying a new stove, she said, “and you’re not particularly committed to cooking with fire, I’d say get an induction stove.”

Now, the detail: Natural gas is mostly methane, a fossil fuel that emits greenhouse gases as its blue flames burn. Proponents of gas stove bans typically cite the reduction of carbon emissions as their main goal, but they almost always mention health concerns too.

There’s no question that natural gas cooking emits harmful chemicals including nitrogen oxides, carbon monoxide and formaldehyde. Several studies have noted that the pollutants issued by gas stoves (before they’re ventilated away) can exceed levels that would violate Environmental Protection Agency and California air standards if the air outside were just as polluted. And studies have shown that natural gas pipe leaks cause air pollution inside and out.

But the scientific research behind the health effects of natural gas stoves is complicated and inconclusive. Although some studies have found a significant association between gas stoves and prevalence of asthma or asthma symptoms in children, no direct causal relationship between gas stove use and bad health has been identified.

Given the difficulties in conducting such research, especially the swarm of variables that tend to confound the results, a clear answer is hard to come by. And given the limitations of available data, even the associations and correlations raise questions.

“We don’t have much data on this,” Oster said. For a comprehensive asthma study, she said, “ideally the kind of study you’d like to run would compare households in the U.S. that you know use gas stoves and those that don’t, and link that to health information, such as whether kids have asthma or not. We don’t have those numbers.”

What scientists do have in this case is a large number of potentially confounding factors that could skew results. How big is the cooking area? Is there ventilation? How often is the stove used? Who else is in the house or apartment when meals are prepared? Is there mold behind the walls? If so, how can that be separated from gas stove emissions to reach health conclusions? Is an apartment or house close to heavy traffic? Are heavy trucks rumbling down the street outside?

A 2020 report issued by UCLA and the Sierra Club that synthesized existing data came to much the same conclusion as Oster: “The association between gas appliance use and health [including furnaces and water heaters] have mixed results, in part due to study design limitations, but also due to a lack of data on quantified exposures,” the paper says.

Lead author Yifang Zhu, professor at the UCLA Fielding School of Public Health, said “There are definitely health concerns,” that merit further study, but the evidence is not as substantial as what people have done for outdoor air.”

Like Oster, Zhu emphasized the importance of good ventilation.

In fact, for poor people, subsidies for range hoods might improve indoor air quality more effectively than a gas stove ban, at least in the short term. Those who choose to replace their gas stoves with an electro-magnetic induction stove need hundreds to thousands of dollars to do so. Buyers might, however, qualify for federal, city and utility rebates.

The UCLA report made clear that it “does not compare the benefits and costs of electrification versus improving range hood use and efficiency in terms of reducing indoor air pollution.”

The source of most gas-appliance indoor pollution, the report notes, is from water heaters and furnaces. New installation of those appliances has been banned by the state of California, effective in 2030. There is no statewide ban on gas stoves, though Los Angeles and other cities have begun to follow the lead of Berkeley, which became the first California city to ban new gas stoves in 2019.

The latest figures available for natural gas appliance usage in California date to 2009, although an update is in the works. That survey showed that water heaters accounted for about 49% of an average household’s natural gas consumption, space heating, 37%, and cooking, 7%. 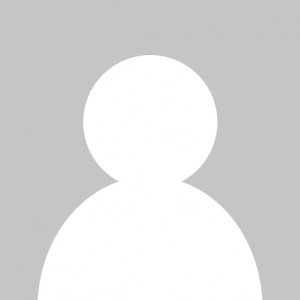