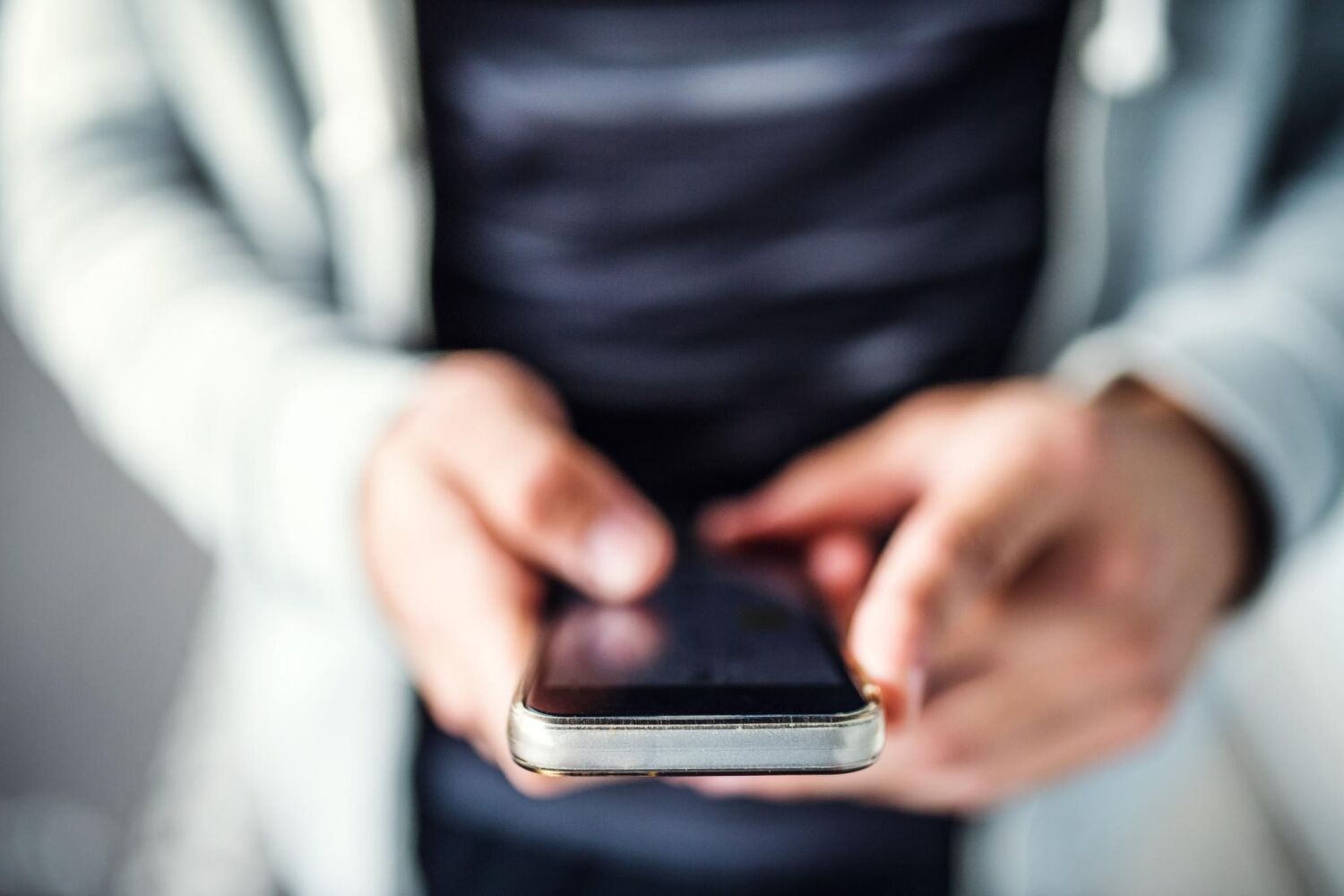 I was driving home Saturday on the 110 Freeway when the music on the radio was interrupted by a phone call. The number displayed on my dashboard was (111) 111-1111 — an obvious fake. I should have let it go straight to voicemail, but for some reason I answered.

“Dad, you have to help me!” a young and nearly hysterical voice said. “Please, help me!”

It didn’t sound like either of my sons, but the caller was so upset, I couldn’t be sure. “Who is this?” I asked.

“Dad, it’s me! I need help!” the caller replied, but then a different, older voice came on, asking if I was going to help my child. If not, he said, he was ready to put a bullet into the kid’s brain.

I was certain the sobbing child wasn’t my older son. And I knew exactly where my younger son was, so I was pretty dang sure it wasn’t him either. But when I asked for some proof that this was actually a child of mine, the older male caller threatened to send me the kid’s fingers.

He pushed me to make a decision: Either agree to help (he hadn’t yet put a price tag on it), or say goodbye and send my child to a cartel south of the border, where some unspeakable horrors awaited. By that time, though, I had recognized the call as a scam. I said goodbye.

It was an easy decision and the right one, yet it was still nerve-racking. My wife checked in with my older son, who said he was fine and that the call was bogus. My younger son emerged from his engagement a little more than an hour later.

My blood pressure returned to normal sometime after that.

How the scam works

Erik Arbuthnot, a special agent for the FBI, said this sort of “virtual kidnapping for ransom” is typically the work of inmates in foreign prisons. They’d been victimizing Spanish speakers in the United States for years until, in 2015, the operation expanded with the help of English-speaking inmates in Mexico, Arbuthnot said. Now, he said, fake kidnappers make thousands of cold calls to the U.S. from foreign boiler rooms daily, hoping to hit the phone of someone with a child or young relative.

These telephone extortion schemes work like this: When you answer the phone, the caller will scream or cry something along the lines of, “Mommy, Daddy, help me!” The caller is counting on you to blurt out the name of the child you think is in trouble, Arbuthnot said. The caller then hands the phone to a second person, who threatens to kill, maim or deliver your child to a cartel unless you send money immediately.

These con artists usually demand only a few hundred dollars in ransom, Arbuthnot said, which they’ll want to be sent via Western Union or Moneygram. The amounts are relatively modest because U.S. laws and regulations discourage fraudsters from wiring large amounts of money to other countries. But the scammers make up for that by pulling off their crimes in volume.

Aside from the pretense on the phone, the scammers do surprisingly little to cover their tracks. That’s because they’re already in prison and aren’t afraid of being prosecuted in the U.S., Arbuthnot said.

The scammers tell their victims in California to wire money to Mexico, using the name of a real person who has some connection to the prison but who may not be wise to the con, Arbuthnot said. That person will then deliver the money to the prison in exchange for a small cut. The goal is to collect the money as soon as it arrives, before the victim catches on and tries to stop the payment.

What you should do

If you get a call like this, the FBI’s advice is simple: Hang up and track down your son or daughter to confirm that the call was a scam. It’s OK if you can’t find your child right away and have to jump through some extra hoops to be sure — in the unlikely event that it was a real ransom demand, the kidnapper will keep calling, Arbuthnot said.

The number of actual kidnappings for ransom is dwarfed by the number of fake ones, he added. Also “super rare” are abductions of children walking home from school, he said, and those kidnappers won’t call you because they’re not looking for money.

The New York Department of State suggests trying to confirm the identity of the relative involved by asking the caller several questions that only your relative would be able to answer. Considering how many details people share about themselves on social media, though, that may not be a foolproof way to ferret out scams, warned Sorin Mihailovici, founder of Scam Detector.

The person who called me and pretended to be my child didn’t use a name or suggest a gender, waiting for me to fill in those blanks. I wondered if I could have forced the older male caller to tip his hand by tricking him into saying something obviously false — for example, by asking where he was holding my daughter — but I suspect he would have been ready for that.

My wife offered a better idea: Give my sons a secret phrase to say if they really were in need of urgent help, and never tell anyone else what it is. But then we’d all have to remember what it is.

Other relative-in-trouble scams use the same basic techniques but without the threat of imminent violence. The goal is to get you to panic and, before you have a chance to think carefully about the situation, pony up money.

One example is the “grandparent scam,” in which a senior will get a call from someone saying their grandchild needs help right away — perhaps to be bailed out of jail or be airlifted to a hospital after a car wreck.

These scammers may tip their hands by demanding a form of payment that makes no sense in context. Arbuthnot said there are scammers who demand prepaid gift cards; in one case, a fraudster pretending to be an FBI agent wanted to be paid in Google Play cards. “The FBI never asks people for money, and if we do, it’s never going to be in Google Play cards,” he said.

Not all relative-in-trouble scams involve cold calls. Some scammers will do some research about their victims first, “and then they call with credible reasons to demand a reward,” Mihailovici said. Con artists may also choose targets by buying “lead lists” on the dark web of people who’ve fallen for scams in the past, Arbuthnot said.

Social media make the task of gathering personal details easier, Mihailovici said. Scammers can identify parents or grandparents on Facebook, find their mobile numbers online, then “create custom threatening chats using the name of the children, so the victims really believe the scammers have their kids.”

“They throw in some other personal information (also collected from Facebook), such as particular hobbies of the children, standout clothing, hairstyle or other assets they have, and then paint a picture that would be extremely believable for the parents/grandfathers,” Mihailovici said. “That’s when they pay over the phone, or give away their [credit card] numbers.”

The Federal Trade Commission noted last year that scammers had begun collecting cash in person, following up their calls by sending a representative to the victim’s home. One reason, Arbuthnot said, is that in-person hand-offs can involve much larger amounts of cash picked up by (often unwitting) proxies, who then send the money out of the U.S. in multiple installments. Another is that they work better for older victims who don’t have the ability or the inclination to find a Western Union office.

The pressure to act right away and not consult anyone else is a giant red flag, the FTC says on its website. “Scammers play with your emotions,” the agency says. “They’re counting on you to act quickly to help your family or friends. And they’re counting on you to pay without stopping to check out whether there’s really an emergency. If you get a call like this, you can be sure this is a scam.”

Another tip-off, Mihailovici said, is when someone wants to be paid immediately, while you’re on the phone. “If they ask you to pay NOW over the phone, it is a scam 100%,” he said. “It’s because legitimate companies or people who call for real to remind you of your eventual payments never require payment on [the] spot.”

If you’re a victim of a scam

If you are victimized by a scam, you should report the fraud to the FTC via its online portal and to the FBI. The FTC also offers a list of steps you can take to try to get your money back; whether you can do so depends on how you paid and how quickly you sought to cancel the payment.

According to the FTC, the banks and finance companies that issue credit and debit cards can reverse fraudulent transactions. The same goes for money transfer companies such as Western Union, but only if you act before the cash is collected. And if you mailed cash, the U.S. Postal Service might be able to intercept the package.

Paying in cryptocurrency, however, will leave you little recourse, the FTC said. So, too, will making a payment from your bank account through Zelle, which banks generally consider an authorized transfer and thus not reimbursable.