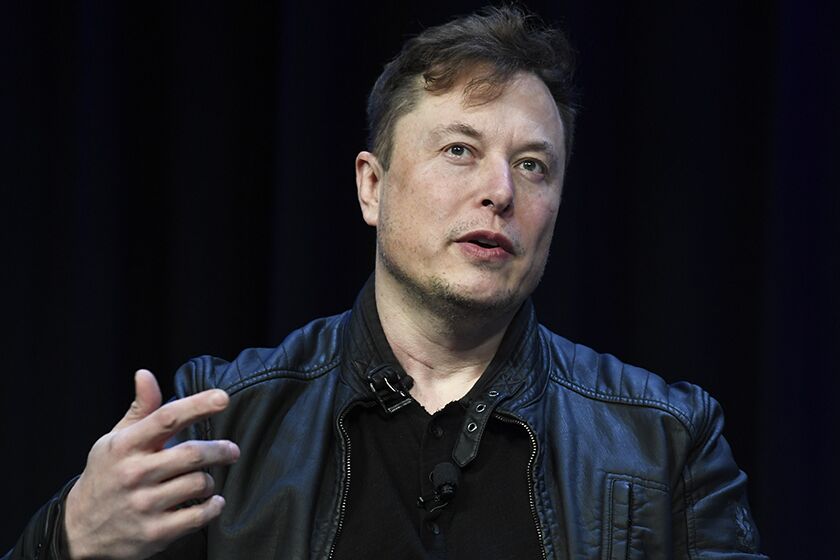 European Union official Thierry Breton wasted little time before warning Elon Musk, then the new owner of Twitter, that he would be closely scrutinized by EU regulators.

Musk tweeted on Oct. 27, the day he acquired the social media platform, that “the bird is freed” — an indication that he intended to loosen Twitter’s content screening policies. Breton tweeted back the very next day: “In Europe, the bird will fly by our rules.”

Musk would be well-advised to take Breton at his word. The European Union has implemented and enacted rules governing online content much stricter than anything in place in the U.S. The EU also has policies on employment rights that are distinctly more worker-friendly than Musk’s companies have had to comply with here.

There is still huge work ahead.

In at least one case, Twitter has been forced to rescind the firing of a European executive because her termination notice didn’t comply with EU standards.

In many respects, Musk has imposed changes on Twitter that are likely to run afoul of EU policies aimed at social media and other companies in the digital space. His hasty firings of as much as half the platform’s workforce reportedly eviscerated its content moderation teams, affecting a responsibility the EU takes very seriously.

The two most important EU rules relevant to Twitter are its General Data Protection Regulation, or GDPR, which was enacted in 2018, and its Digital Services Act, or DSA, which was enacted this year and goes fully into effect no later than January 2024.

Violations of EU rules could result in Twitter being banned from the European market or facing stiff financial penalties. Although Twitter’s user base is not the largest among social media platforms in Europe, its EU users, taken together, rank as the platform’s third-largest user base in the world, after the U.S. and Japan.

The GDPR imposes stringent standards on the protection and use of personal information that users transmit to businesses. That includes names, email addresses, credit card information, and race, ethnic background, political and religious beliefs and genetic and biometric data.

As recently as Nov. 28, EU regulators imposed a $275-million penalty on Meta Platforms, the parent of Facebook, for a 2021 data breach that allowed personal data of 530 million Facebook users to leak online.

The DSA is more comprehensive. It requires online companies to meet strict standards governing the screening and removal of illegal or misleading content. The companies have to make periodic disclosures of how they moderate content and how they train and support content moderation personnel.

Advertising on social media is also strictly regulated, with targeting based on certain protected categories and deceptive ad formats barred.

They will be subject to regular independent audits of their policies and actions to “mitigate against risks such as disinformation or election manipulation, cyber violence against women, or harms to minors online,” among other issues, the EU says.

Violations could lead to sanctions including bans from the European market and fines of up to 6% of a company’s global revenue.

Even before Musk took over Twitter, his impetuous policymaking raised the hackles of EU officials in Brussels, the EU headquarters, and Ireland, which is the EU’s lead regulator for Twitter because of the company’s nominal European seat in that country.

Breton followed up Wednesday in a video call with Musk. In a readout of the call he published early Thursday, he was tactful but uncompromising about Twitter’s responsibilities under the law.

Breton said he was “pleased to hear” that Musk considered the DSA “a sensible approach to implement on a worldwide basis.” But, he warned, “there is still huge work ahead, as Twitter will have to implement transparent user policies, significantly reinforce content moderation and protect freedom of speech, tackle disinformation with resolve, and limit targeted advertising.”

Some practices and policies Musk has already implemented would violate the act’s specifications, as Breton laid them out. Online platforms will have to “reinforce content moderation” — that is, the ability to screen out hateful and abusive content, misinformation and disinformation.

Platforms will have to “label hoaxes and disinformation in cooperation with fact-checkers,” Breton said. As recently as Nov. 23, Twitter announced that it would no longer enforce a COVID misinformation policy it has had in place in some form since April 2020. That would appear to breach the EU rule on fact-checking.

Under the old policy, Twitter was committed to removing posts that promoted ineffective or harmful treatments for COVID, such as ingesting bleach or taking medicines such as ivermectin or hydroxychloroquine, questioned the safety or efficacy of COVID vaccines or cast doubt on such practices as masking and social distancing.

Breton also said that content moderation policies will have to be “applied consistently and based on objective criteria (e.g. not via a poll).”

It’s hard to imagine a more direct shot at Musk. He staged a user poll on Twitter on whether to restore the account of former President Trump, whose Twitter access was revoked after he posted tweets interpreted as inciting more violence after the Jan. 6, 2021, insurrection. Musk restored Trump’s access on Nov. 18 after the informal poll reputedly showed that users favored the action.

On Nov. 24, Musk announced that he would restore most banned accounts after a user poll reputedly endorsed a “general amnesty.”

Before then, Musk had made personal decisions to restore some banned right-wing accounts, including the account of Rep. Marjorie Taylor Greene, a veritable geyser of misinformation and noxious rhetoric. Greene promptly used her restored account to hurl a homophobic slur at California state Sen. Scott Wiener (D-San Francisco), who is gay, calling him a “communist groomer.”

Musk had initially promised to establish an independent review council to make judgments about bans or suspensions of troublesome accounts, but later reneged.

Musk may already be skating on thin ice with EU regulators. The widespread firings after his takeover and the resignations of key personnel raised questions among Irish regulators about whether Twitter should still be regarded as having Ireland as its European domicile.

The designation made Irish regulatory agencies Twitter’s “one-stop shop” for EU regulatory issues. If the company loses that designation, it would be subject to oversight by all 27 EU member countries, creating a regulatory morass that would be exceptionally complex and costly.

McSweeney asserted that she had been locked out of Twitter’s technical systems and her Dublin office after she failed to respond to Musk’s Nov. 16 all-hands email ordering all workers to either agree to continuing in an “extremely hardcore” work environment or accept three months of severance.

She said she didn’t respond because the offered severance package didn’t meet her contractual rights. Although she had not resigned, she said, she was treated as if she was no longer employed by Twitter.

The Irish court enjoined Twitter from firing McSweeney and further blocked the company from indicating to any third party that her employment status had changed.

How Musk’s relations with European regulators will unfold is impossible to predict. A statement posted Nov. 30 on Twitter’s corporate blog asserted that its moderation policies had not changed. The platform’s rescinding of its COVID misinformation policy, as well as language in the statement itself, demonstrated that the promise was false.

According to the statement, its “approach to policy enforcement will rely more heavily on de-amplification of violative content: freedom of speech, but not freedom of reach.”

That suggests that questionable or harmful content will be permitted on the platform, perhaps under conditions that make it harder to find. But such a policy is materially different from Twitter’s previous efforts to actively or proactively block such content. Whether it would comply with the EU’s requirement that online platforms “reinforce content moderation” is doubtful.

American regulators have been overly tolerant of Musk and his tendency to push the envelope on rules. Whether the Securities and Exchange Commission will penalize him for his alleged breaking of the law by failing to disclose his first purchases of Twitter stock this year remains up in the air.

Automobile regulators in California have been inexcusably indulgent toward the autonomous driving system rollouts at Tesla, the electric vehicle company Musk controls, by consistently failing to hold Tesla to the same standards for self-driving technology as it does other robot car developers.

Unlike competitors such as Waymo, Cruise, Argo and Zoox, Tesla allows its program to be tested on public roads by untrained drivers, an obvious hazard to other motorists and pedestrians.

In March 2020, Tesla’s Fremont, Calif., factory continued operating despite an order from Alameda County authorities that it be shut down in compliance with anti-pandemic policies. There were no legal consequences: The county backed down, allowing the Fremont plant to continue operating. The plant emerged as a local hot spot for COVID infections, with more than 400 cases recorded between May and December 2020 among its 10,000 workers.

Will the EU be as indulgent? Probably not. Speculation in Europe holds that the EU intends to make Twitter a test case for its content moderation rules, suggesting that it won’t back down if it expects its rules to have any credibility. Musk won’t have the flexibility he has in the U.S. to choose which regulations he wishes to honor.

The EU should show other regulators, in the U.S. and abroad, that the way to curb Musk’s willfulness is to stand fast and make him pay for flouting their rules. That approach is long overdue.